August 04, 2011
To say that the beautiful and tempestuous Lady Serena is highly upset to find that her recently deceased (and highly eccentric) father, the Earl of Spenborough, left the care of her fortune and control over her marriage to her jilted fiancé Ivo Barrasford, the Marquis of Rotherham, is to understate the case. Too much time has elapsed since Serena broke her engagement to her childhood companion, Rotherham, (and that too after the invitations had been sent - such a scandal!) for them to feel anything but discomfort at this bit of posthumous matchmaking on the part of the Earl. Or so they both declare.

Used to commanding a large household and having acted as her father's hostess from a young age, energetic and politically-savvy Serena soon finds herself in doldrums when her life is suddenly reduced to a small Dower house with none but her father's young widow, Fanny, for company and a social sphere consisting of occasional visits from neighbors who'd been just casual acquaintances before. The only bright spots in Serena's life are visits from the Marquis which always set off verbal fireworks between them, leaving a timid Fanny much distraught, but which curiously leave Serena exhilarated.

When even Fanny begins to feel their quiet life is a dead bore, the two ladies decide to move to Bath for a welcome change. And suddenly things begin to get a little too exciting for words - the return of an old lover, a shocking engagement, an elopement, flaring passions and love intrigues complicate their lives like never before. What follows is an engaging drama of romance and wit from that mistress of the genre, Georgette Heyer.

My thoughts - I've long been a Heyer fan and it is always a pleasure to read and re-read her books. This one I'd read so long ago that I'd entirely forgotten the story. But more and more of it came back as I rapidly turned the pages. My kids don't leave me a lot of time to read these days, but this was a book I just couldn't put down and so finished reading it in a record day and a half.

The battle of words and wits between Serena and Rotherham is central to the story and for me, it was the best part. They're so alike in temperament and so attuned to each other's thinking and plotting that it makes their fights memorable and the reader wonder why they broke up in the first place. Neither Serena nor Ivo are perfect people - they have faults, they're also eccentric, don't behave well with either each other or others, and their strength is often their weakness. This is particularly clear when often Serena's independent behavior draws down censure upon her head, but not from Ivo who perfectly understands how and why she chafes at the restrictions placed upon her and what begets her respect. And for her part, Serena understands Ivo's arrogance stems more from thoughtlessness rather than pride or that his respect is gained by standing up to him, like few have the courage to. What comes through loud and clear is that despite all their quarrels, they're friends, even if sometimes other emotions overcome it. Of course, that by no means ensures their romance is going to be revived and indeed for almost the entirety of the novel it looks like it's going quite the opposite way. Thankfully things take an unexpected but joyous turn in the end.

There are a lot of side characters, who're brought to vivid life with all their individual faults and strengths. And while mentioning side characters, I have to say I quite like how Heyer introduces the touchy subject of class - the difference which lies not just in the lifestyle but also in temperament and attitude (for example, the liberties in behavior granted to upper class women is something not tolerated in other females) and how varied the reactions are to it, depending on which class the character belongs to.

The best part of this story (or indeed of any other Heyer story) is the authenticity of the details whether in description, dialogue or the behavior of the characters themselves. One such which struck me forcibly is the (Spoiler alert!) is the elopement scene. I've read many historical romances by today's authors which have included an elopement to Gretna Green and in these books it's something that's either achieved speedily or foiled with ease. Nowhere is it mentioned how hard it is to maintain that kind speed on those kind of roads for long, how costly it is to travel that kind of a distance, and even how hard it is to pursue the runaways on those roads or catch up with them without creating a scandal. While I understand it's not easy to come by those kind of details today, it nonetheless makes a big difference to the readers if that kind of effort is made.

And unlike modern historical romances, Heyer masterfully elevates the romantic tension and passion with nothing more descriptive than the mention of burning kisses to the face or the hands. This time-appropriate behavior of the characters is just one of the highlights of Heyer's books and perhaps even a source of continued popularity. As is the zest with which the characters are portrayed and the sparkling manner in which a romance progresses to overall form a story that's filled to the brim with appealing side characters and gripping sub-plots.

I generally don't rate the books I read, but if I could, I would give this 8 stars out of five.

Below are images of the original cover of this book and of Georgette Heyer, herself. 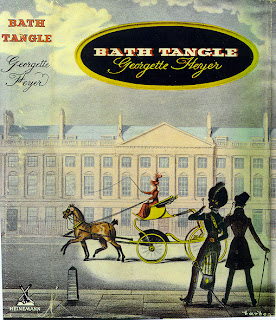 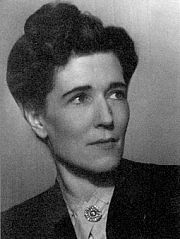 Popular posts from this blog

September 14, 2011
I'm happy to welcome Gabrielle Bernstein who's once again stopping by here with a guest blog post.

Her second book Spirit Junkie: A Radical Road to Self-Love and Miracles was published by Random House September 12. It’s part memoir and part road map: Gabby shares her journey toward becoming the full-on, inspirational Spirit Junkie that she is today, and she teaches her readers every lesson she learned along the way.

February 12, 2010
Still haunted by the death of her only brother, James, in the Great War, Evelyn Gifford is completely unprepared when a young nurse and her six-year-old son appear on the Giffords' doorstep one night. The child, the nurse claims, is James', conceived in a battlefield hospital. The grief-stricken Giffords take them both in; but Evelyn, a struggling attorney, must now support her entire family-at a time when work for women lawyers is almost nonexistent.

Suddenly a new case falls in Evelyn's lap: Seemingly hopeless, it's been abandoned by her male coworkers. The accused-a veteran charged with murdering his young wife- is almost certain to die on the gallows. And yet, Evelyn believes he is truly innocent, just as she suspects there may be more to the story of her "nephew" than meets the eye.

My thoughts -The Crimson Rooms is an exciting and thought provoking story of a woman struggling to change both herself and society, and all the while attempt to …
1 comment
Read more